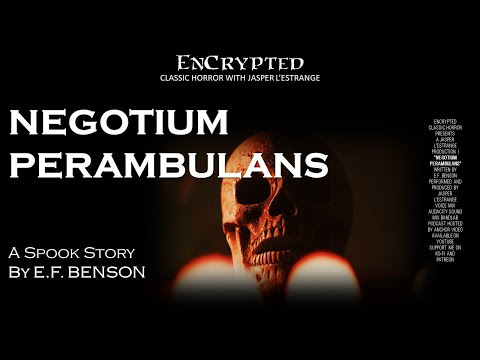 Another E.F. Benson story turns up for episode 17 of the podcast, and, while this has long been a favourite of mine, reading it for the podcast heightened my appreciation of Benson as a writer. Some of the writing in Negotium Perambulans is so evocative and beautiful. Evocative of a place - Benson's descriptions of the fictional Cornish fishing village of Polearn are obviously drawn from actual visits to the area and fully capture the beauty and, yes, the strangeness of out-of-the-way places. And, horror fans rest assured, this is essentially a short story about a giant slug monster, but it is also a story about what it is to grow up somewhere and collect memories, and to return, after having moved away. About this, Benson writes quite movingly. As for the giant slug business, one wonders whether H.P. Lovecraft (a Benson admirer, as well as an admirer of this particular story) drew inspiration on Negotium Perambulans for his own stories. Is Benson's drunken, corrupted artist
Post a Comment
Read more 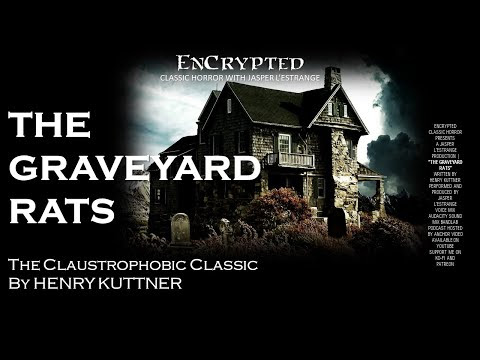 Henry Kuttner deserves to be better known. A contemporary, and friend, of August Derleth, Clark Ashston-Smith, Seabury Quinn, Ray Bradbury, Richard Matheson, and H.P. Lovecraft, he contributed stories to the Cthulu Mythos and, like many genre authors of his era, wrote copiously for Weird Tales magazine. Part of the reason he never achieved the notoriety of his peers may be owed to his habit of adopting pseudonyms (his Wikipedia entry lists sixteen known false names!) but the work he left behind, which has been much anthologised since - especially The Graveyard Rats , a black and grippingly claustrophobic shocker - has ensured him in a place in the dark hearts of vintage horror fans. I hope you dig it. Yours, Jasper   ****** Please support my work:   Like what I do? Give me the fuel I need to create :) https://www.buymeacoffee.com/encryptedpod Ko-fi.com/ https://ko-fi.com/encryptedpodcast NEW! Become a patron on Patreon! Get in touch! If you want to
Post a Comment
Read more 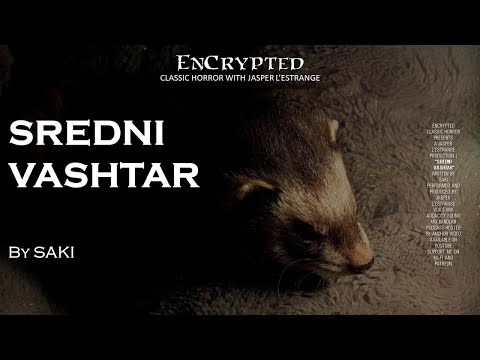 Herbert Hugh Munro's mother was killed by a cow. Not as uncommon a demise as you might think (currently deaths-by-cow average around four a year), but surely an unusual and ironical one. It's possible that Munro a.k.a. Saki's penchant for writing cynical, cutting, occasionally macabre short stories stemmed from this early tragedy (and Sredni Vashtar is by no means the only story of his to pit the brutality of nature against civilised, effete humanity; one even includes a bull attack). But, almost certainly, an austere childhood - domineered, as he was, by a pair of overbearing maiden aunt guardians - manifests itself in his work. In Sredni Vashtar , one of Saki's most famous stories, young Conradin (liked an unusual and evocative name, did Saki) is, like the author, coddled and constricted by a puritanical aunt (Mrs de Ropp) who doesn't really like him. Poorly from an unspecified illness, and predicted an untimely death, Conradin's escape is through his imag
Post a Comment
Read more 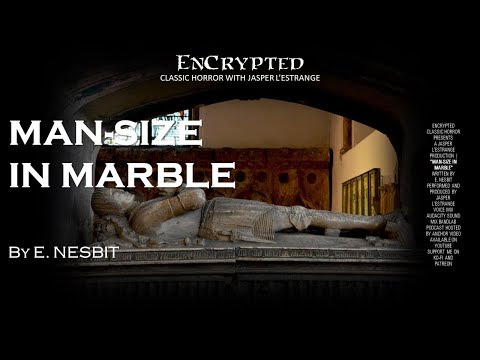 Not for the first time on EnCrypted: The Classic Horror Podcast we find an author primarily known for one thing moonlighting in the realm of horror.  E. Nesbit is, of course, most remembered for her enduring, and hugely influential, writing for children; The Five Children and It , The Phoenix and the Carpet , The Treasure Seekers , and The Railway Children being among her best-loved works. She wrote for adults too and, in her short fiction particularly, indulged a predilection for the supernatural. Man Size in Marble was compiled in her first collection of such (1893's Grim Tales ) although she wrote many more*. As our series of podcasts continues we begin to identify recurring themes, and it is possible to speculate on what they reveal about the (very different, but in some ways the same) times in which they were written. In the next episode, for example, we return to the subgenre I would like to call "The Terrible Aunt" (part of a broader category of vintage horror fi
Post a Comment
Read more 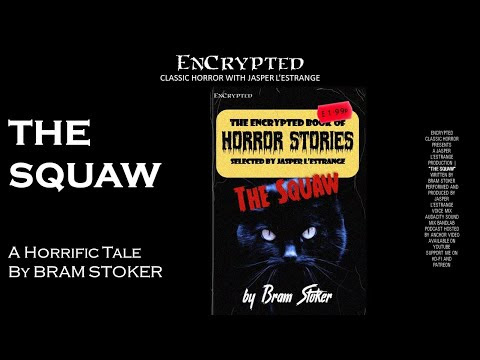 For our thirteenth episode the Classic Horror Podcast gets truly horrific with this dark tale of revenge from Bram Stoker. And, while listeners to a horror podcast shouldn't need content advisory warnings, I will state at the outset that this is the third episode in a row featuring harm to animals. Although, this time, the animal in question can more than handle herself.  Americans (who fare even worse) should also consider themselves warned. The Squaw is a short story by Bram Stoker, first printed in 1893 in the Christmas edition of the periodical Illustrated Sporting and Dramatic News - though in no way could this be considered a festive tale. It was later published in Dracula's Guest , the posthumous anthology of Stoker's short works compiled by the his widow. Though he's chiefly remembered, of course, for Dracula , Stoker was a prolific writer of novels and short stories, as well as a theatre critic, business manager of the Lyceum Theatre, and personal assista
Post a Comment
Read more 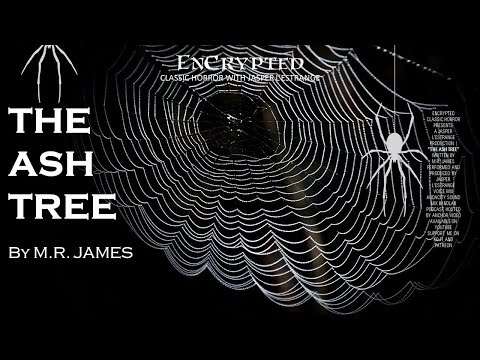 Montague Rhodes James' name is so synonymous with the ghost story that it is perhaps surprising we should have waited for our twelfth episode for one of his stories. Perhaps his tales are so well-known and widely adapted - this particular one most memorably as part of the BBC's Ghost Stories for Christmas - that there was less urgency. Nevertheless, it would be remiss for any series of classic horror and supernatural short stories to neglect him. One wonders, were he alive today, whether M.R. James would have gravitated towards podcasting himself. Many of  short stories were originally intended as Christmas entertainments, designed to be read aloud to friends, although they were compiled and published to enormous success . Indeed, the first of these collections, Ghost Stories of an Antiquary (containing The Ash Tree ), was (and is) considered a landmark in supernatural fiction. The Ash Tree is archetypal James, possessing the triptych of elements we usually find in his sto
Post a Comment
Read more 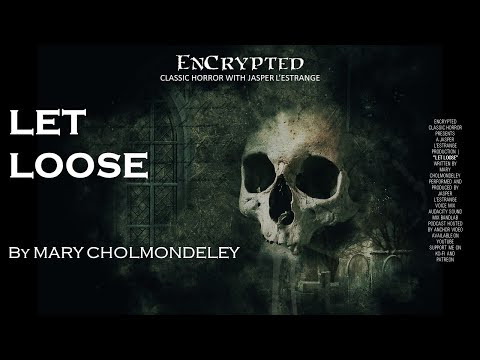 Mary Cholmondeley (whose surname American readers may be surprised to learn is pronounced "Chumley") was an English novelist most famous for a religious satire called Red Pottage . I have not read Red Pottage so I can only speculate on the potential parallels between it and our current short story, Let Loose . Religion is certainly a theme in the story, which otherwise concerns an ambitious young architect who gains access to a locked crypt (in order to view a stunning fresco there) only to "let loose" a malevolent spirit.   Along the way we are treated to lengthy diatribes from the clergyman of Wet Waste-on-the-Wolds, the oddly-named parish at which the horrific events of the story occur.  First published in 1890 (I shall assume, for want of any confirmation I have so far found online, in The Graphic - a Victorian weekly paper), Let Loose is a terrifically entertaining tale, full of creeping dread and culminating in a thrilling grand guignol climax. Cholmondele
Post a Comment
Read more
More posts

EnCrypted: The Classic Horror Podcast aims to bring classic supernatural and horror short stories to life (or, indeed, back from the dead!) for the podcast generation. Compelling narration, immersive music and sound effects are combined to create a thrilling audiobook experience for all those who like tales of supernatural mystery and suspense.

Buy Me A Coffee